Create an Account - Increase your productivity, customize your experience, and engage in information you care about.

This year, Ventana USA is celebrating a multitude of milestones. The company is marking its 30th anniversary, the workforce is at 100 employees, and window sales are on track to surpass last year’s number. Plus, the two key individuals who are at the helm, Tony and Ann Pauly, are getting ready to pass on the reigns to their sons when they retire at the end of the year.

Ventana is a manufacturer of specialty vinyl windows, doors and similar products. To understand how far the company has come over the last three decades, you have to go back to the beginning. Ventana, a spinoff of the German company Solidur Plastics, began the US operation of commercial vinyl bending of window frames in 1987 at a 3,000-square-foot-facility in Plum. As the company grew so did their need for space. In 1993, Ventana moved into a newly constructed 42,000-square-foot-facility located at the Westmoreland County Industrial Park III in Penn Township. The same year Ann Pauly, a part-time Ventana employee since 1987, began working full time for the company. “We started as Ventana Plastics, Inc. and grew very rapidly. The nice new offices and production floor allowed us to grow our team and expand our market area. In 1997 we changed our name to Ventana USA,” said Ann about the early years at Ventana.  In 1999 Ventana acquired a second property in the industrial park, for a total of 70,000 square feet of building space in the park.

Tony Pauly, Ventana’s vice-president, and general manager joined the company in 1996. Reflecting on the past two decades, Tony is proud to say he is still working alongside a dozen employees that were there when he started. Another impressive fact is that more than two-thirds of the company's employees have been there for more than ten years. What is the formula for workforce success? “Fair wages, excellent benefits, and a comfort level between employees and management,” explained Tony. “If you work with me, I’ll work with you.”

Ventana has bending tooling for nearly 700 window systems, all carefully constructed on site, which means along with a loyal workforce they must also be skilled in many areas. “My experience has been a strong workforce is found in Westmoreland County. They want to work. They have the mentality of showing up on time and putting in the work,” said Tony when asked about the advantages of having the company located in Westmoreland County.

The county’s strategic location also plays an important factor. “Westmoreland County is within a 500-mile radius of 70% of the country’s total population,” explained Tony. An added bonus is the region’s climate and residents are very similar to his hometown in Germany. 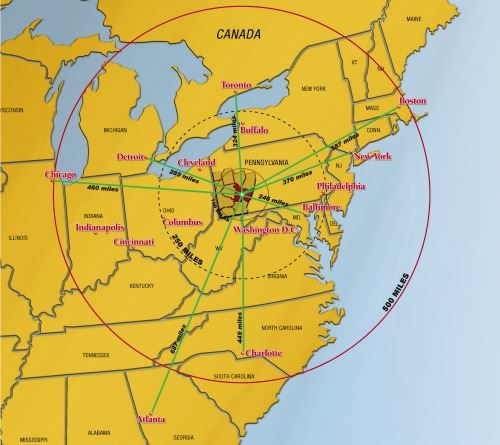 Since 1996, Tony has built the company from 48 employees, expanded the product line from basic architectural vinyl windows to garden windows, Euro style windows and doors, and specialty vinyl fencing. Tony is also the CEO at FlexScreen Pittsburgh, where 1,500 screens are manufactured a day at the White Valley Industrial Park location.

Now, Ann and Tony are getting ready to pass the day-to-day operations on to their sons’ Mike and Chris.  Tony is confident the next generation will have a strong base to work with going forward. “If they maintain what we’ve been doing and listen to the workers and customers, they will be fine.”

As for Ann and Tony, retirement will be a change, but they are already filling their post-retirement schedule. The couple will still consult on large projects at Ventana and will also take the time to check places like Norway off their Travel Bucket List, along with continuing their involvement with various local non-profits organizations.

To find out more about Ventana USA, visit the website.