In October of 2014, the 6.4-acre property was purchased by the Westmoreland County Land Bank. Over the course of two years, the Land Bank eliminated or addressed approximately $30 million of federal, state, local and private liens which entangled and prevented redevelopment of the property (site plan is shown below). The WCIDC oversaw environmental remediation and demolition work. In 2017, developers were invited to submit RFP's for commercial development possibilities. Colony Holding Companies' proposal was selected. The Westmoreland County Land Bank announced the sale of the property to Colony in August 2019. The proposed "Jayhawk Commons" development will consist of commercial and retail space. 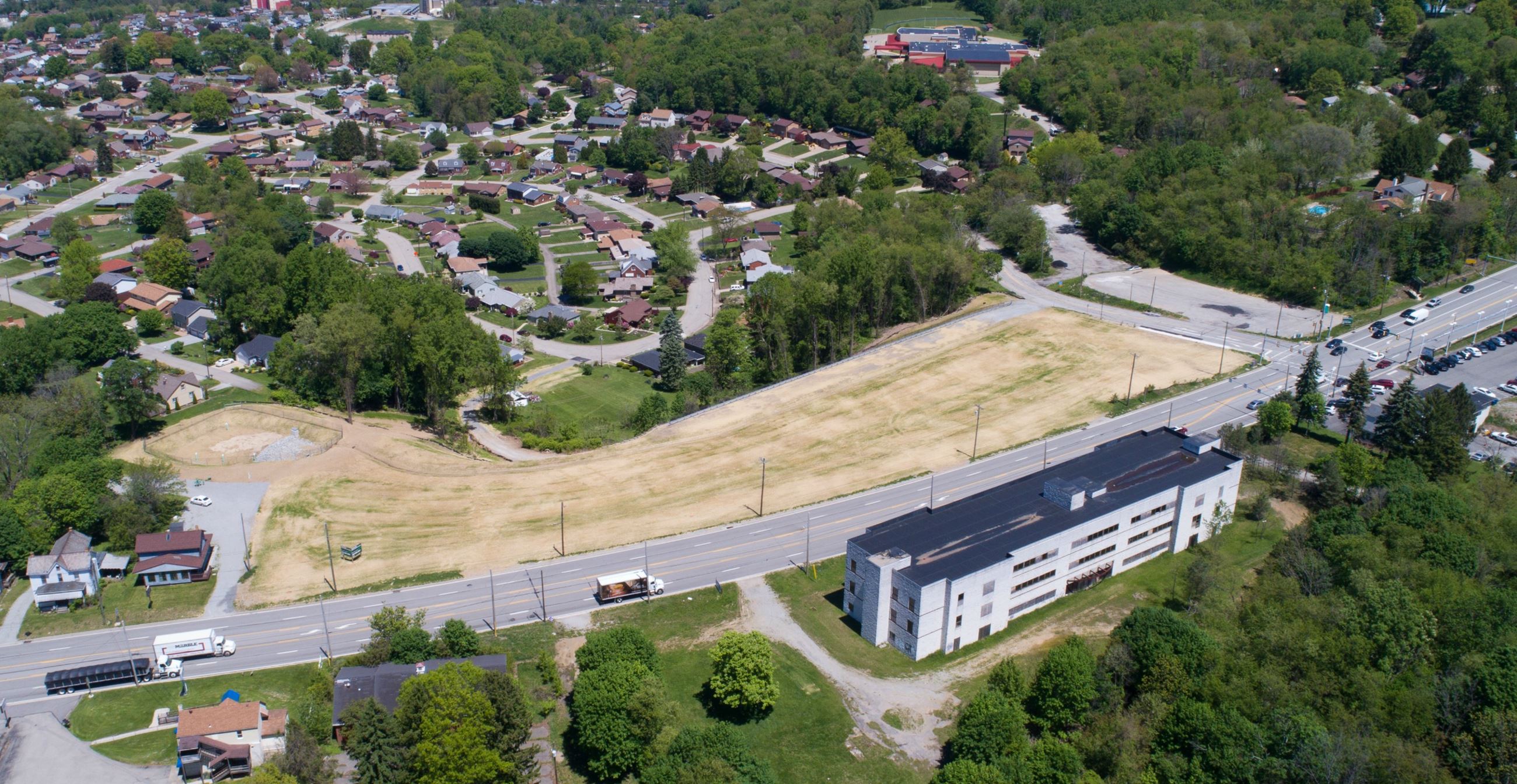